“Blake Buchanan, the protagonist in Fort Worth author Landon Wallace’s book The Election, is back, appropriately enough, in The Next Election.”

Cat wanted to reach out and fall into his arms when she closed the door, but the few minutes she’d taken to compose herself had set her on a determined course. Even then, the handsome man’s physical presence caused her to pause. There was a magnetism between them that she could neither anticipate nor control. – The Next Election (Trinity River Press, 2019) by Landon Wallace 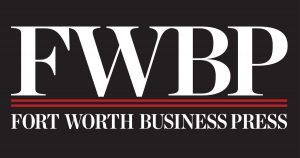 Blake Buchanan, the protagonist in Fort Worth author Landon Wallace’s book The Election, is back, appropriately enough, in The Next Election.

Here’s a description of the book:

Once a shoo-in for the highest political office in the state, Blake Buchanan sacrificed his lifelong dream to protect his family. Now, a year removed from his withdrawal as a Texas gubernatorial candidate, Blake seeks to revive his once successful legal career while navigating a nasty divorce and shielding his beloved daughters from the fallout.
Even as Blake presses on with his new life, he can’t avoid the lure of politics, and he’s seduced by a brilliant strategy devised by his never-say-die former campaign manager to resurrect his career. Deception and scandal follow as Blake attempts a political comeback. In the end, Blake must face the same fundamental questions he never resolved in his prior run for office—about love, life and the ties that bind. His answers will shape his political destiny.

Once again, the photo on the book jacket shows a man wearing a hat with his face in the shadows. Once again, those in the know can point out Wallace in a crowd. If, that is, that crowd includes prominent Fort Worth attorney Dee Kelly Jr., a partner at Kelly Hart & Hallman, the Fort Worth law firm co-founded by his father, Dee Kelly Sr., who died in 2015.

Read the rest of the article at Fort Worth Business Press »