“Having withdrawn from the Texas gubernatorial election to spare his family scandal, Blake Buchanan knows his marriage and his political career are likely over. But when a key state Senate seat comes open, can he find new beginnings for both politics and love?”

THE NEXT ELECTION is the successor to Landon Wallace’s previous work, The Election, and like that book, it is, on the surface, about politics, elections, and scandal. Like the first book, however, it doesn’t stop at the surface level. It examines, through Blake’s and others’ choices, the intersection between human relationships, principles and values, and the political game that, like it or not, is at the heart of American government. The characters are well-drawn and three-dimensional, with a few exceptions, and the choices they make are firmly grounded in their characters and personality. 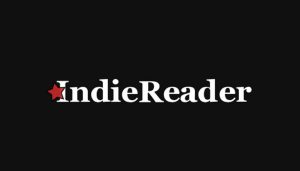 The political game is presented as a reflection of, and as shaped by, different characters’ values, choices, and perspectives, showing us clearly who people are through their political and professional actions. Family decisions and personal decisions visibly affect, and reflect, political campaigns and professional choices.

Blake in particular is presented to us as a likeable, solidly principled, mature, and moral human being by his choices and his relationships, whether it be his deep respect for his mentor, Craig Vickers, his love for his daughters, his treatment of his ex-wife and his ex-father-in-law, and his professional behavior as a partner in Vickers’ law firm, during his campaign, and in office. He’s not a saint–he’s made mistakes–but he’s someone that even those who don’t share his political outlook (a liberal Republican in Texas, amazingly enough) can admire. It is refreshing to see the characters we’re supposed to like behaving like adults in difficult situations–after a somewhat acrimonious beginning, even Blake and Faith’s divorce is handled maturely and healthily by all parties, including their two daughters. The conflict between his former affair partner, Cat Alexander, and her husband is an effective contrast, but even there, both are presented as people who believe they are doing what is right for the sake of their family, if sometimes in the worst possible way.

Read the rest of the article at Indie Reader »