“The Next Election marries love and government and exudes sensitivity and charm.”

Landon Wallace’s political romance The Next Election continues the story of star-crossed lovers who throw themselves into their work to avoid their feelings for each other and about their changing lives.

Blake is a moderate Republican politician fighting against his own party, and Cat is a restaurant owner with big dreams. After they had an affair, Blake and Cat’s marriages are falling apart; they’ve gotten distracted from their careers. They vow not to see each other anymore.

Blake has enough on his plate with the illness of his boss and longtime mentor, as well as with a chance to regain his Senate seat. Cat decides to focus on family, but her marriage may be too broken to fix. Drastic life changes and backroom dealings leave them both wondering who is pulling the strings and if they will ever be free to pursue their lingering love. 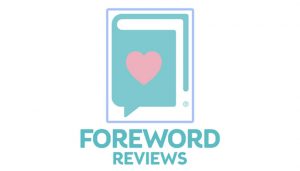 Blake proves to be charismatic and dedicated, his humorous but honest talking style and empathy for others coming through. His dissenting voice in the Republican party helps the novel to touch on themes of conservatism, racism, and American values, but without deep explorations of these subjects, while his relationship with his daughters is emotional and open, adding vulnerability to the resilient professionalism of his image. His love life is the book’s primary focus; as he finds himself on unsure territory with Cat, he expresses mixed feelings toward his ex-wife and pursues a new love interest.

Read the rest of the article at Foreward Reviews »