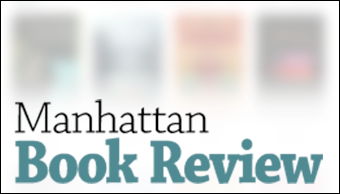 Senator Blake Buchanan has set his sights on the governor’s office, but as he figuratively battles his opponent, Grace Striker, for the Republican nomination, he becomes immersed in more than just politics. The underdog in the race, Blake finds himself at odds not just with his rival but with his own emotions when he encounters Cat Alexander, an old flame from his past who awakens within him something that has been missing in his life, and he is not alone in his feelings. As the two try their best to navigate their new relationship, moments transpire throughout that put everything that Senator Blake Buchanan loves at risk. Will he choose to save the ones he holds so dear from the truth that could bring devastation into their lives, or will he risk anything and everything to get what he wants in the end?

The Election is a fictional ride into a political world that isn’t written about by many authors. Reading the dialogue is akin to sitting in a room with surround sound–you can feel the authenticity as though it is hanging in the air, brushing against your face. The bits of factual political moments in history were also enlightening and bring us back to our own history. One of those specific instances used in the book being, “Senator, you’re no Jack Kennedy,” a response made by Senator Lloyd Bentsen to Dan Quayle. The speeches given within feel as though they could be happening somewhere right now. One such quote from the book is, “You, and like-minded Americans everywhere, are the true guardians of liberty.” That kind of writing jumps off the page at the reader, and that’s coming from the antagonist’s mouth. The author doesn’t go into long descriptions of background or environment, but what there is is direct, and you can still picture where you are supposed to be. The novel is dialogue-driven and we find ourselves sitting behind the wheel of a handful of colorful characters in the book, which makes for an interesting ride and will keep readers riveted to their chairs. Romantic scenes within are done tastefully, giving just enough to satisfy the reader. You will not want to stop reading. For those who think politics is boring, it will instill a curiosity for that world that you never thought you would ever feel. This is a nesting doll of intrigue, romance, and politics that will affect anyone who happens across it.